This blog post is about the workshop I conducted at the Shankhnaad’19, the annual techno-cultural Festival of Dr. Ambedkar Institute of Technology for Handicapped, Kanpur. It was organised from 15th March 2019 to 17th March 2019. There were two workshops: 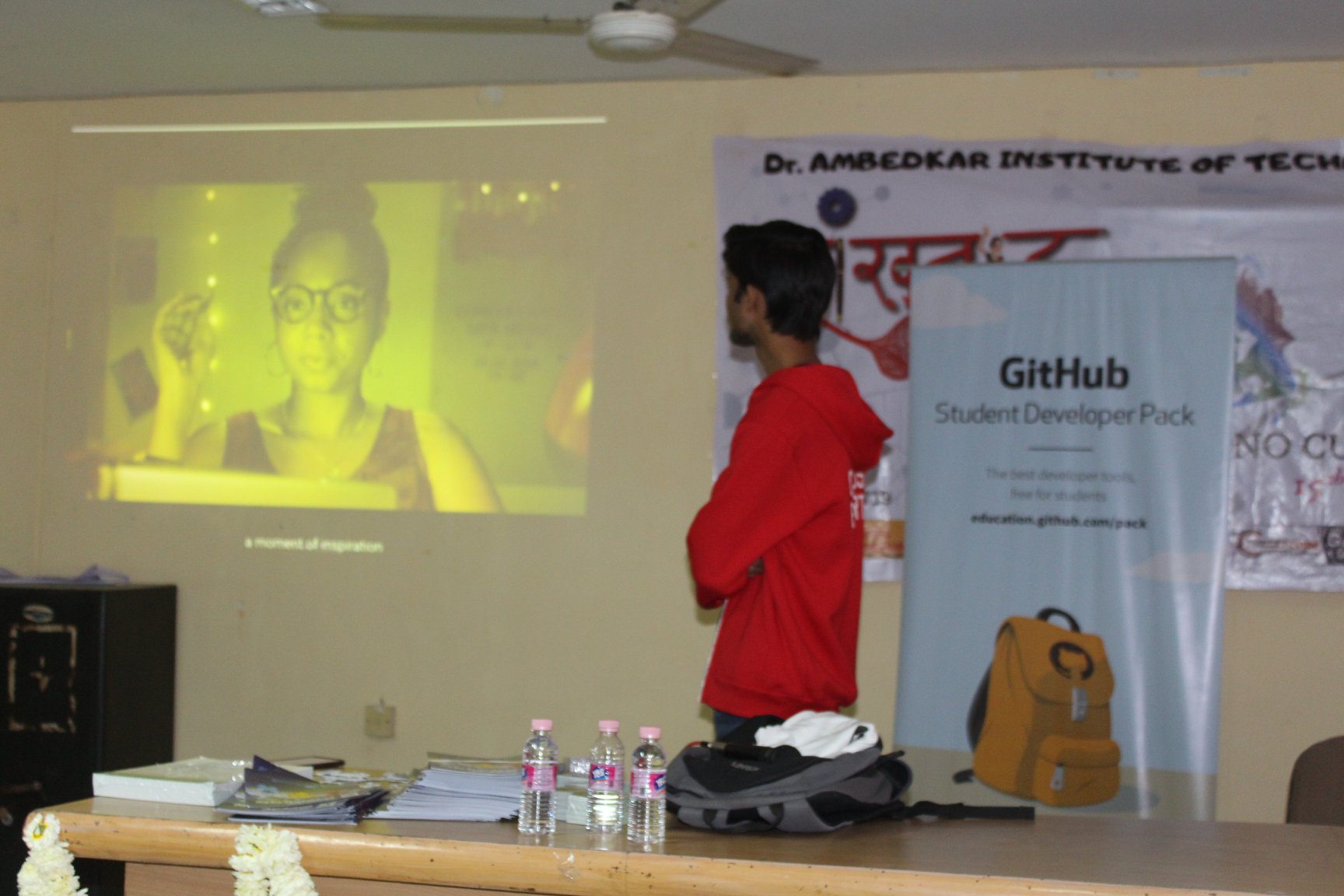 On Day 2, I facilitated the WebVR workshop conducted by Mr. Mrinal Jain. It was the first time I met him. I was really inspired by the way he gave his talk on Web Virtual Reality, his way of getting students’ attention and keeping the two way interaction. I must say I learnt a lot new things from him and definitely the attendees learnt the Web Virtual reality and at the end of the workshop everyone was almost ready with his/her first Aframe scene. 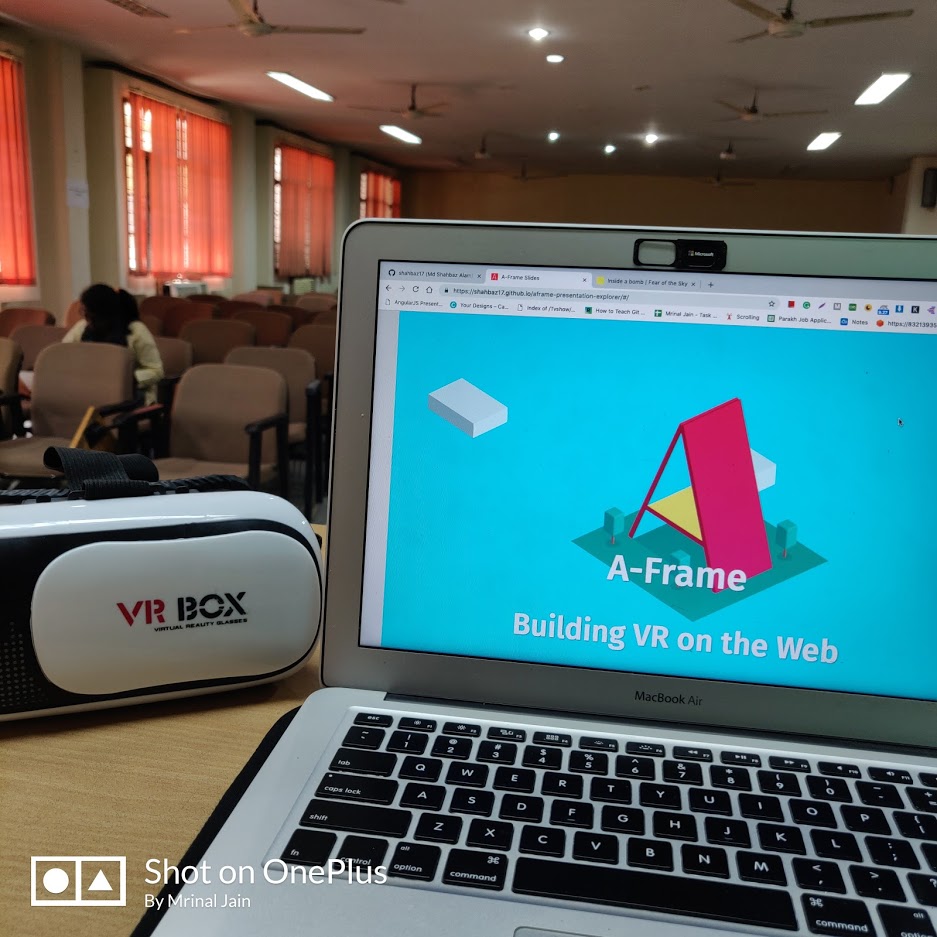 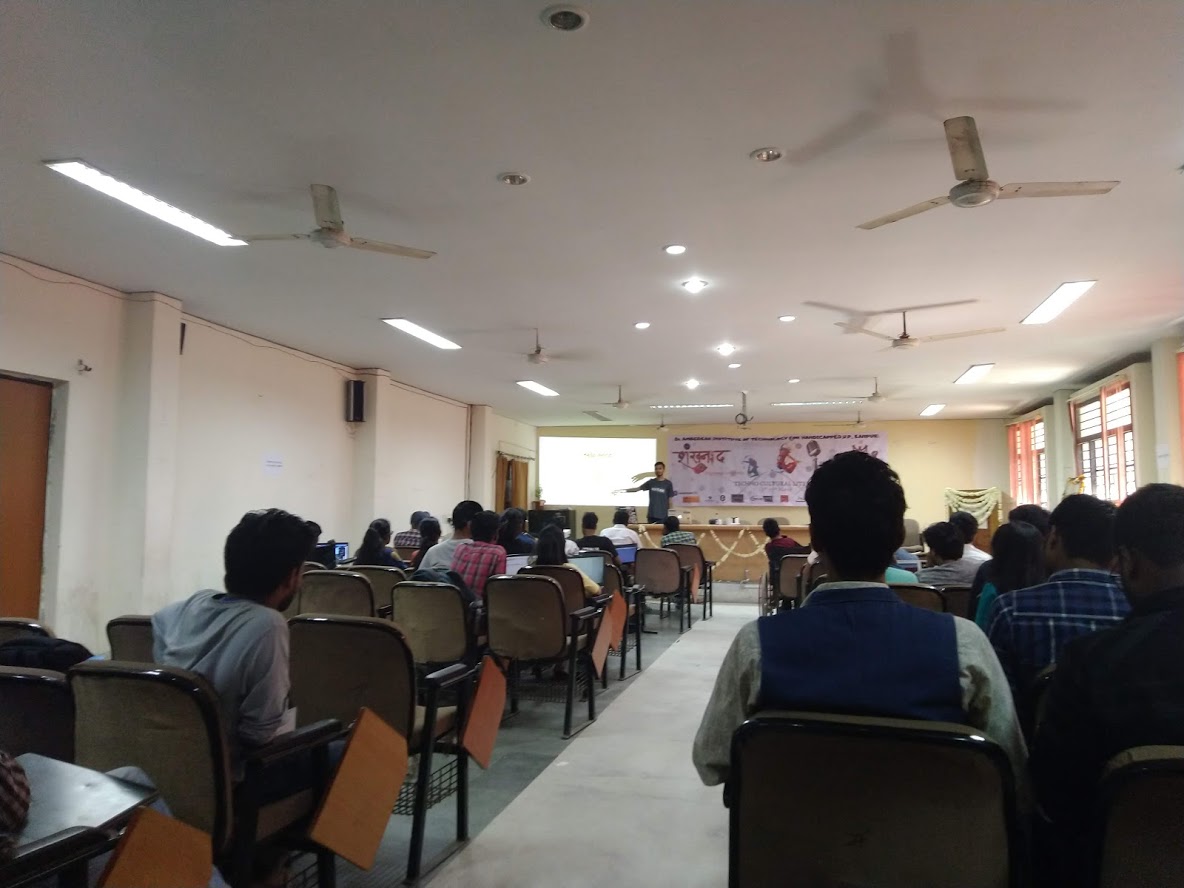 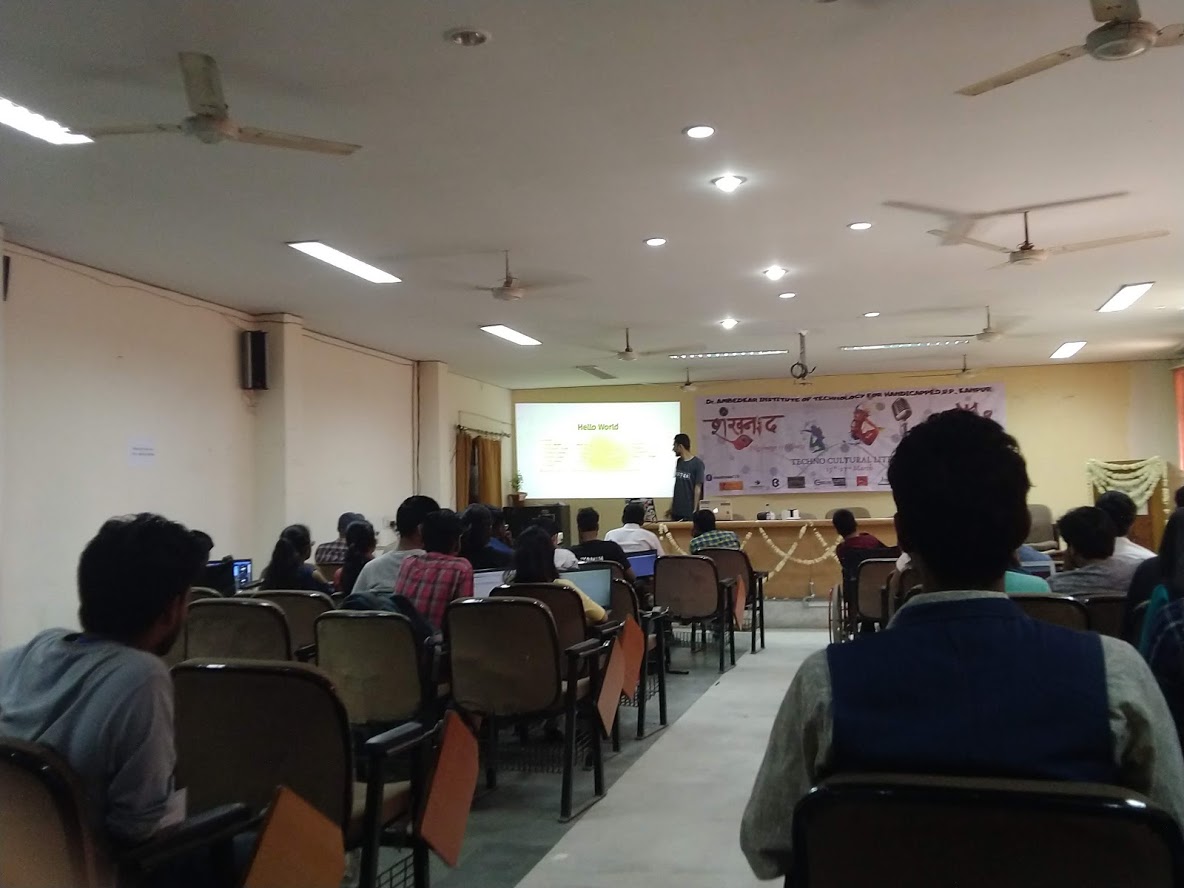 We both were also the Mentor & Judge of the hackathon. 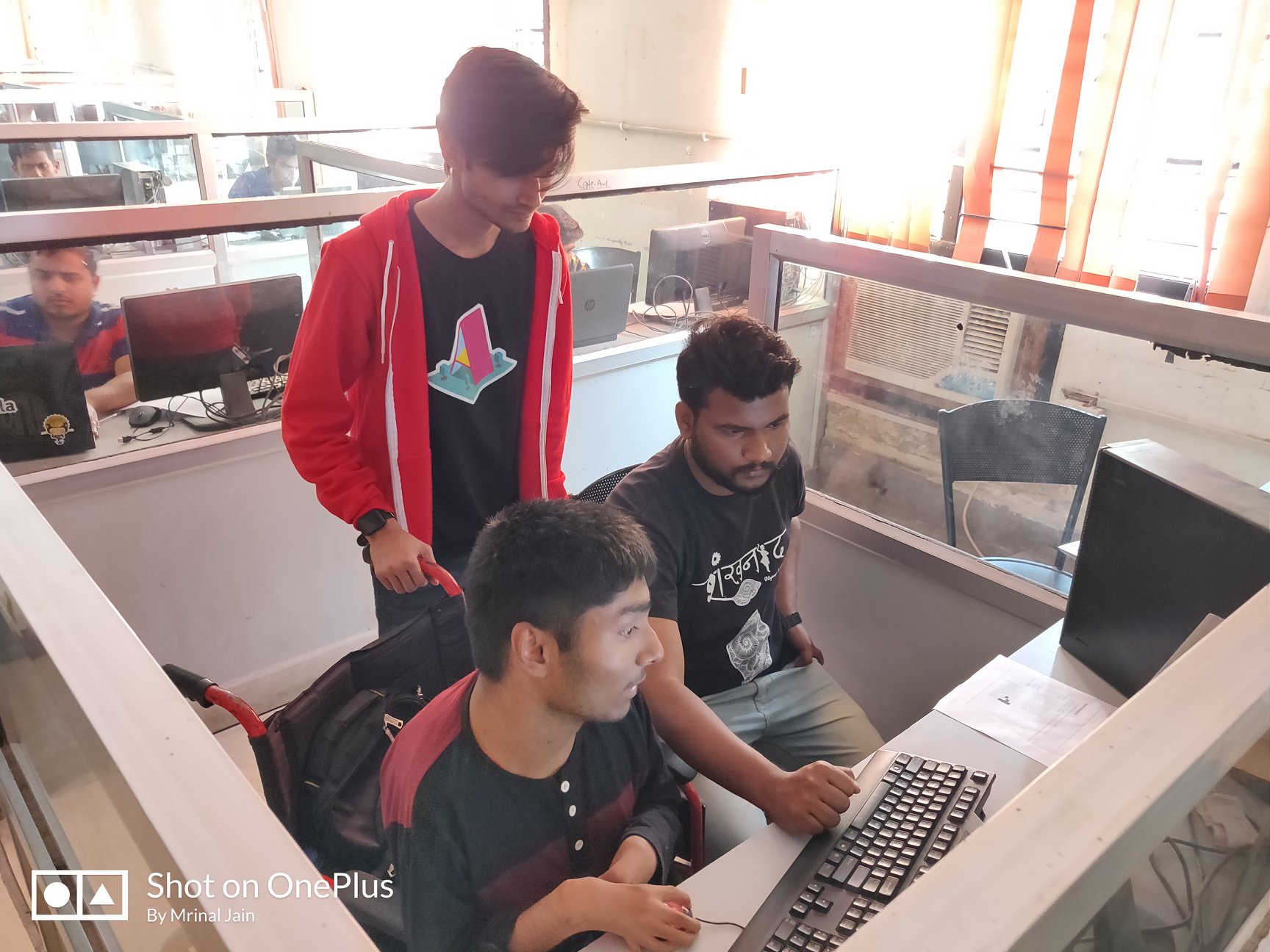 But, that wasn’t the end of the festival. On the last day, there was an EDM night and We both had awesome evening that day at the concert of The MixTape.

And Now it was finally over, Me and Mrinal Sir took the cab and reached out to the Nearest McDonalds to have our last meal of the fest together. And also the last selfie 😛 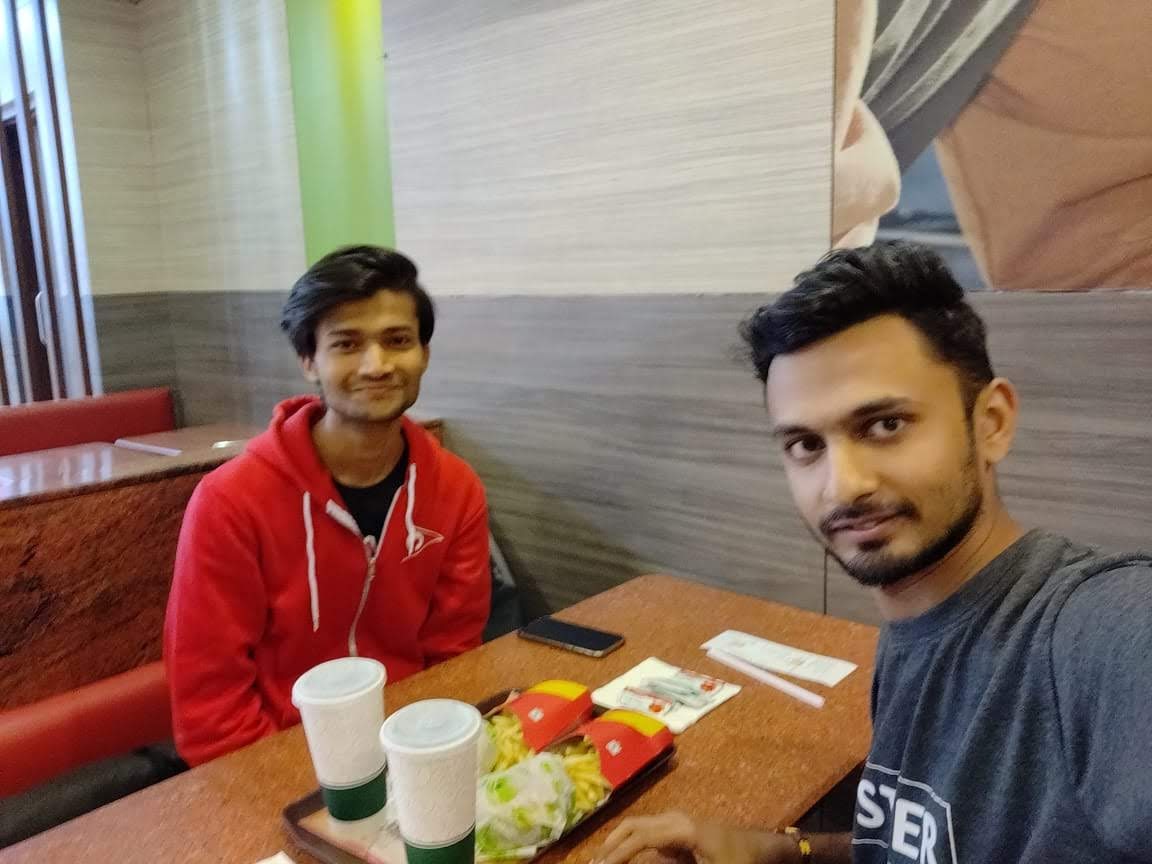 It was really great to be the part of Shankhnaad’19 and I was really amazed to see equal participation of handicapped students in every technical activity.