This Blog Post is about the workshop organized by Mozilla Phoenix Club JUET. This workshop was organized on 7th January 2018 at Jaypee University of Engineering and Technology, Guna(M.P). This workshop was conducted by Mr. Jayesh Katta(Mozilla Tech Speaker and Associate at TCS) and facilitated by Mr. Mukesh Pathak(Mozilla Rep).

The workshop started with the brief introduction of Rust programming language, where it used, what are the benefits of using it, which companies are using it & How it is better than other programming languages. Mr. Jayesh gave real-life examples to explain Rust so that students can easily grasp. The approximate strength of attendees was 100. The students were showing major interest in learning new system programming language. The attendees included students from 1st,2nd & 3rd-year students. 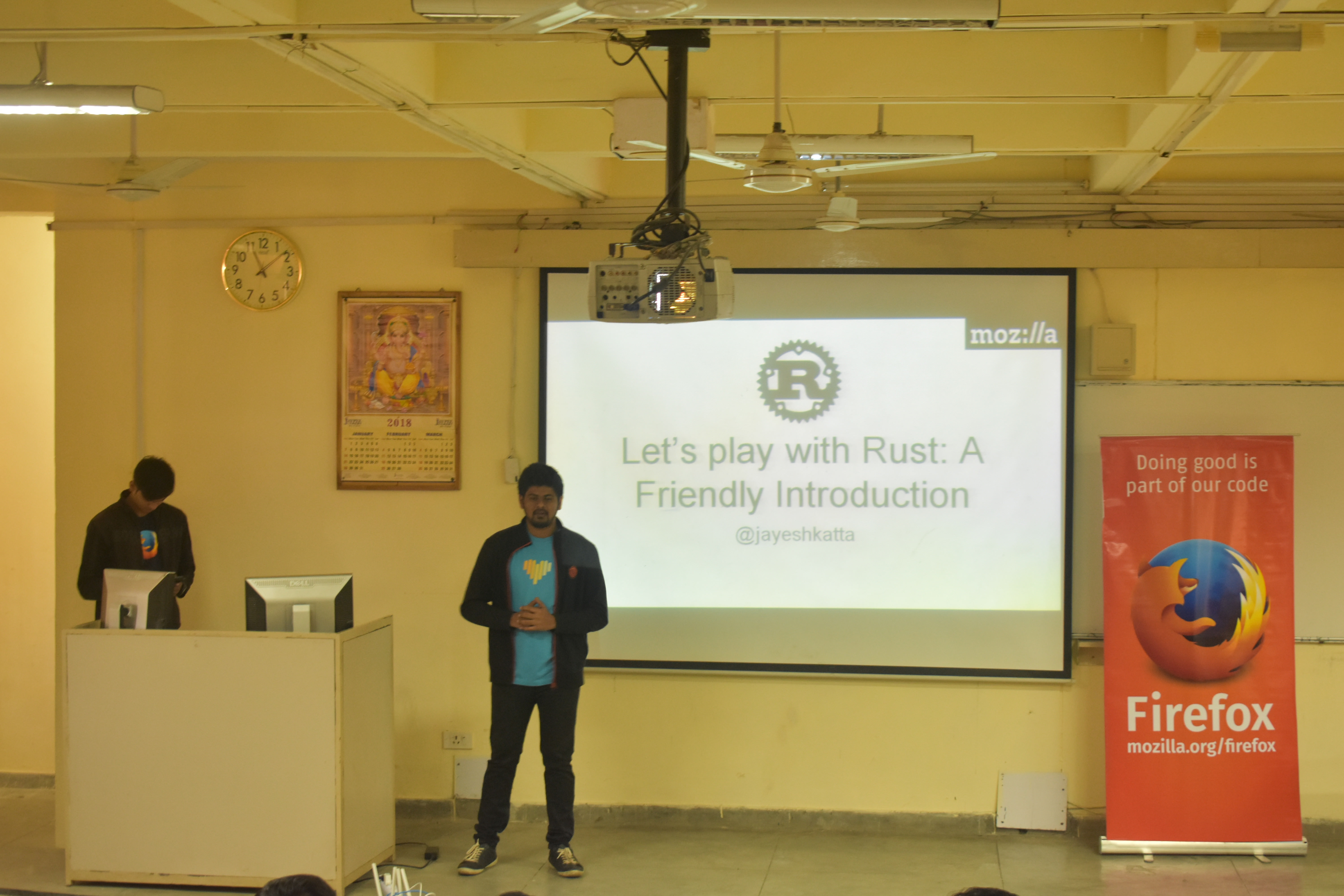 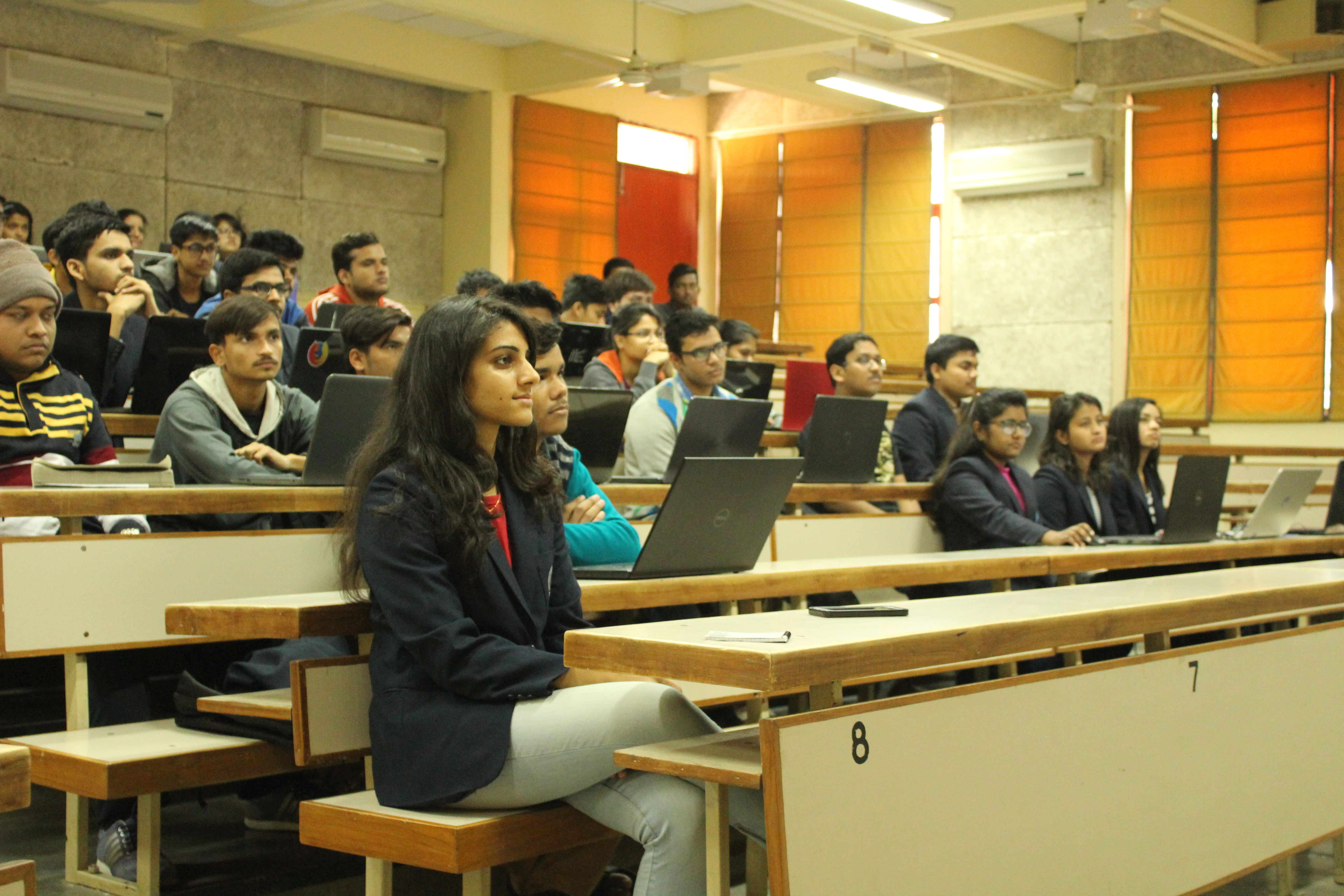 After the workshop was over all the attendees were shown links on how to further contribute to Rust and Swags were distributed. Then the whole Club took a photograph with the Speakers.

Link to more Photos from the workshop

Got this event registered on Rust Community Calendar(Global)